Indonesian in Davao City in the Philippines! The Team of International Community Service!

In this post, I will re-write my visit in Davao City, Philippines two years ago! Actually I have written this post in my Tumblr blog, but actually, Tumblr had been blocked by the Government so yeah~

So two years ago, in 2016 I was at the end of my undergraduate study. I needed to fulfill one more requirement to write my final thesis, and in every university in Indonesia has it. It is called Kuliah Kerja Nyata (KKN) or in English, we say Community Service. This KKN thing is used to be done in every village in Indonesia which is unreachable areas. So we, as university students have to do community service to help encourage those people to develop.

But in my department – International Relations – we have special KKN to be done internationally, adjusting our major. We (21 students) were a pilot project, which means we were the first batch, we were going to be our next generation’s example to survive in the land of the Philippines for a month. This International Community Service is still active until now, this year the second batch will be landed soon in Davao next month.

This was my team – first batch: (two in the front were our lecturers)

I was so glad I got selected because I was confused and afraid about the selection and etc, but I did it anyway!

After that, we continued our journey to Davao City. I guess Singapore to Davao took 3 or 3,5 hours long I forgot, and we arrived in Davao City around 3 AM in the morning. Arrived in Davao we were picked by a staff of Indonesian Consulate in Davao with 3 vans. Gladly, the Head of The Consulate let us stay in House of Indonesia (a big house where Consulate’s guests can stay in Davao). The second day in Davao, we had an opening ceremony in the Indonesian Consulate, and I’m still proud I was there two years ago!

Airplane ticket Yogyakarta – Singapore – Davao two way trip is around IDR 6.000.000, I guess. For the place to stay, we did not spend a cent there. You can always check online hotel bookings for hotels. For the Visa, Indonesia, Philippines, and the rest 8 other countries are tied by the ASEAN, so we are Visa free.

Tips: Davao City is very hot! Don’t forget to bring a sunscreen and an umbrella.

Arriving in Davao City, we had one day free to explore the Davao City. Example: The Malls, Indonesian Consulate, Culinary, etc. In Davao, you can always lean on “tuk tuk” or in Indonesia is kind of bajaj. The price to go anywhere is way cheaper than Jakarta’s transportation these days. I don’t know much about the online transportation like Grab or Gojek there, because when I was there, the online transportation was not really popular. But I heard that Uber had moved out from Southeast Asia, so you can’t any longer use Uber. In Southeast Asia, now we are using Grab or Gojek (Gojek just launched in the Philippines a few months ago).

Tips: If you are a Muslim like me, please be careful about the food. Pork everywhere.

Our first two weeks in the Philippines was in the General Santos City (southern island of Mindanao). It was about 5 hours drive from Davao City. I am not going to write the Comunity Service we did in the Philippines, but more about the travel. But if you insist, I will write it soon 😛

We visited the Republic of the Philippines Office of the City Mayor City of Davao “Museo Dabawenyo”:

That day, many people in Davao City was preparing the Kadayawan Festival for the next day, no wonder that, that day was so crowded with decoration and people.

All the friends from Al-Qalam institute were so kind, they brought us to a restaurant with the fish menu in it, because you know we are Muslims so it was safe to be there. I didn’t know but I swear the dish in the Philippines was strange in my tongue. They don’t like spicy, which was so frustrating for us Indonesian to find Sambal (chili sauce Indonesian style).

Indonesian food is usually using a lot of seasoning, like salt, pepper, green onions, red onions, white onions, and some flavoring so the taste of the food become perfect. But in the Philippines they only use flavoring, so my tongue was totally rejecting the food >.<

The friends from Al-Qalam were making a prank to us, Indonesian. They knew we were so starving for spicy food, they give us a red bottle of ketchup. In Indonesia, a red bottle of ketchup is whether tomato sauce or chili sauce, so we were excited to put it on our food. BUT! When we ate it, taste like a BANANA! I AM NOT KIDDING. Soooooo that was exactly a BANANA SAUCE.

I DON’T KNOW WHY THEY MAKE BANANA SAUCE TO BE EATEN WITH FISH. OMG.

When they found out that we were making a strange face with the taste of BANANA SAUCE, they laughed too hard. I felt betrayed lol. This was the picture of the BANANA SAUCEEEEE:

Anyway, we got a chance to sang Indonesian National Anthem for the signing of MoU (Memorandum of Understanding) between my campus (Universitas Muhammadiyah Yogyakarta) and University of Mindanao ceremony, and I was the leader of the choirs, I was proud of my team!

We also got a chance to celebrate Indonesian Independence Day in the Indonesian Consulate, Davao City:

After the Flag Ceremony

At the end of our Journey in Davao, we held a farewell party with the Consulate Staff, the kids from the Indonesian School of Davao (SID), and the Muslim Community in Davao. We were so proud. We were so sad but also happy. Sad that we were about to leave Davao and go back to Indonesia, but happy that finally, this program was over because we were so tired, pushing all the work only a month. If only the free Visa could be longer than one month, we exactly would stay longer 🙂

The girls from this International Community Service team was performing Tari Saman, a dance from Aceh (Indonesian Region). Sadly I can’t find the photo, I am so sorry. At the end of our farewell party, we took a photo:

In the end, some of us always have a thought to come back to Davao again to travel and vacation and meet those nice people again… someday! 🙂

My journey in the Philippines is not only in Davao City. There’s more in General Santos City and Glan Sarangani! Click the city for the story!

Welcome to my blog where I post everything about my journey. My name is Devi Maria Ulfa, I am Indonesian and I am a proud Muslim who loves to travel, write and share it with people! Always welcome to any comments or feedback from you, guys 😉 I post with Bahasa Indonesia and English! 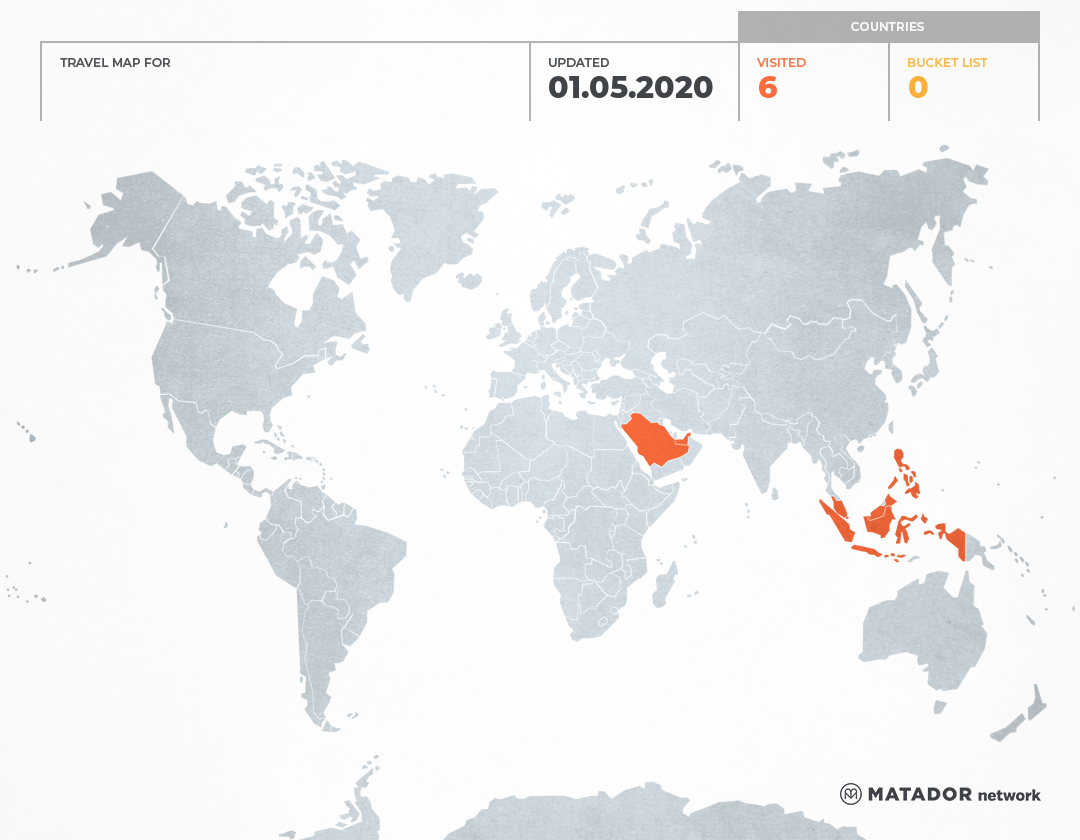 devi has been to: Indonesia, Malaysia, Philippines, Saudi Arabia, Singapore, United Arab Emirates.
Get your own travel map from Matador Network.